We were first alerted to this Colony by a lady who lived close to the woods where there were between 10-20 cats. The lady and her neighbour had been feeding the cats on a regular basis for over a year. Despite contacting other organizations the problem of breeding and male cats fighting was rife.

We attended site and had a look at the extent of the problem. As there is a large amount of woodland around the area there are plenty of places for them to hide and trying to trap the cats in the humane traps has been a difficult task.

Our first cat which we caught was a young male cat which one of the ladies had named Totty Malone, He was a feisty black cat who had a soft spot for his feeder. Once we neutered him he returned to site and is a regular visitor to the lady’s sofa and is becoming tamer by the day.

Recently we were called to sighting of kittens living under decking near the woods, we have assessed the situation and its proving to be a difficult one given the kittens are very timid and we can’t get access under the decking.

Another cat rescued from the colony was Mr Scragss, this lovely chap re-appeared in a lady’s garden after being missing for 6 weeks. Mr Scraggs previously had been very timid and wouldn’t allow his feeder anywhere near. When he re-appeared, he was severely underweight and had been attacked by either a dog or a fox as he was covered in bite marks and looking very ill.

Since being in the care of Vets4Pets he has received antibiotics and he appears to be putting a little weight back on.  He has tested negative to Feline Immunodeficiency Virus and Feline Leukaemia Virus which is great news, Unfortunately though, it looks like Mr Scraggs has severe liver problems and is currently recieving palliative care in long term foster, and may need surgery to correct an Entropion on his eye (Lower eye lid folding in).

Since then we have trapped, neutered and released more cats and have got some trapping days planned where we hope to be able to try and trap the majority of them in one go! 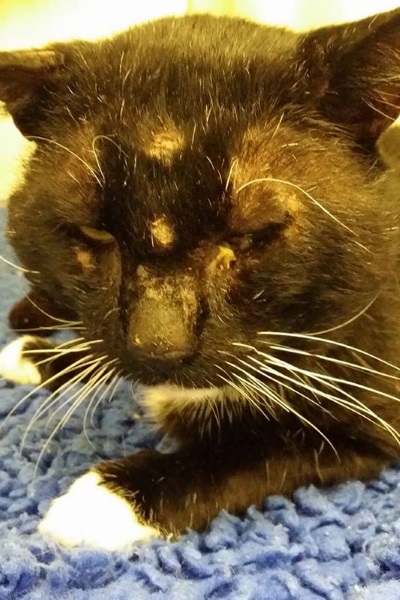 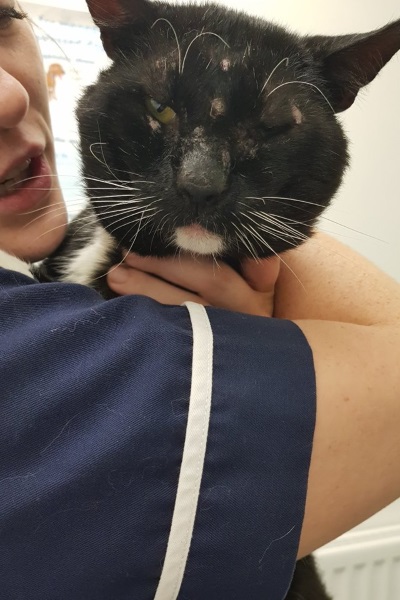 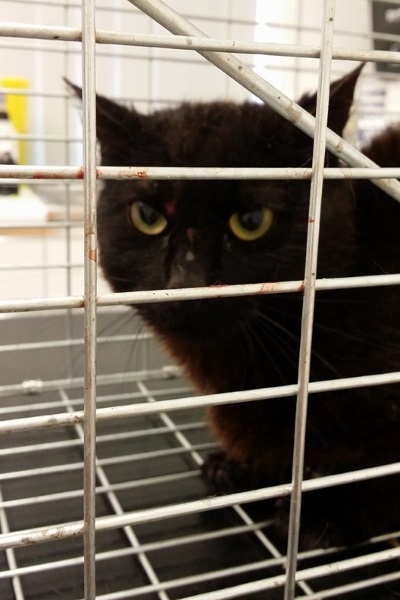 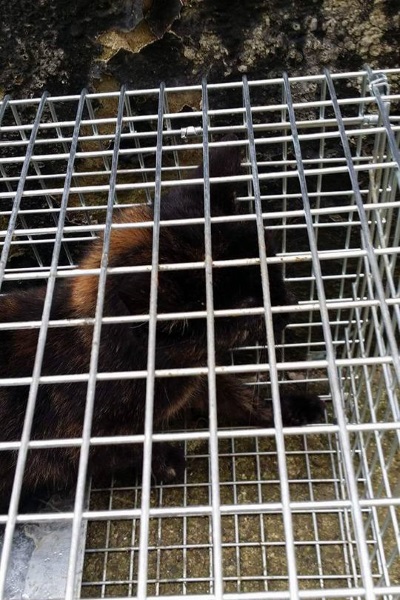