The first feral colony which we were involved with was near Greenhead Park in Huddersfield. We were told that two years previously, a family had kicked their pregnant cat outside. From this one pregnancy, a colony of 30 cats were now roaming a residential street. During our first trapping session on New Year’s Eve 2016, we managed to trap 6 cats. Three days later, we returned and a further 11 cats were trapped. The cats were taken into foster homes to be assessed. Each cat was then neutered and we began to find placements for them. In amongst the feral cats, we were amazed to find a cat that was micro-chipped. After contacting the vets, we discovered that he has been missing from Halifax for around three months! He was quickly reunited with his owners who were over the moon!

Many of the cats were assessed as not being suitable to be re-homed in a house so we found placements for them at local stables, farms and allotments. Missy and Moustache were the first two lucky ladies who are now loving life hunting on an allotment in Slaithwaite.

There were a few cats who sadly had to be pts due to illness which was untreatable. Skye was one of the extremely feral cats and whilst he was in foster being assessed, he did not eat a single thing. Whilst he was being neutered, the vets discovered his mouth was full of ulcers and he would have required ongoing treatment. It was decided that the kindest thing to do would be to stop his suffering and he sadly went to Rainbow Bridge.

Although there were a few sad endings for some of the kitties, there were many more that had happy endings. King was trapped during the first visit and now loves life, sleeping on his new owners bed every night.

Belle was also caught during the first visit. She was in foster for 6 weeks before she let her foster mum touch her. After lots of patience (and dreamies!) her favourite thing now is snuggling with her failed fosterer on the sofa.

We continued to trap over the following few months and caught a further 6 cats, all of which were assessed as being too feral so were neutered and then placed in a safe environment.

Tiger was an enormous male which we caught in March. During neutering, the vets discovered that he needed to have his entire set of teeth bar one removed. We struggled to find him a feral placement as most people want feral cats to hunt mice and rats and without any teeth, Tiger was unable to do this. Luckily a lovely lady decided she had room for one more on her farm and said she would feed him daily so he would not need to hunt!

We also caught a mum cat who was neutered and released back to the family who were feeding her.

We have recently caught another mum cat and kittens, one of her other kittens which we had caught in June called Psycho Sally has been placed with her forever family and loves to play with her adopted brothers and sisters. 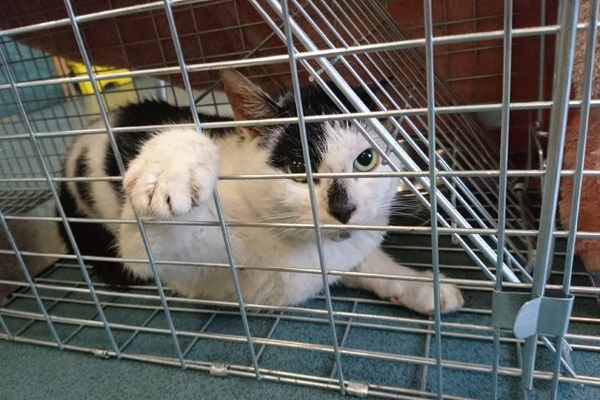 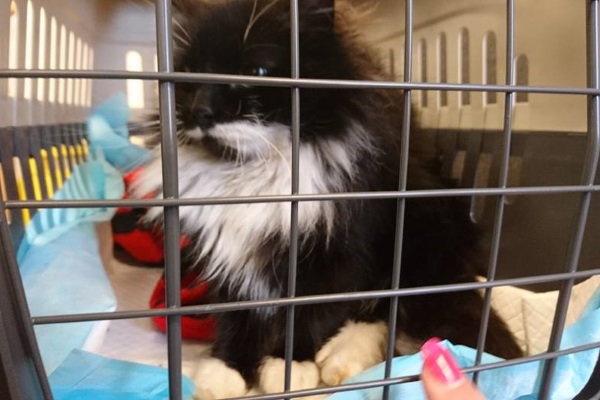 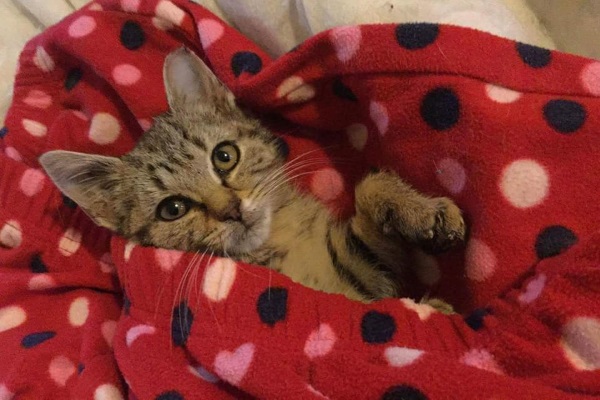 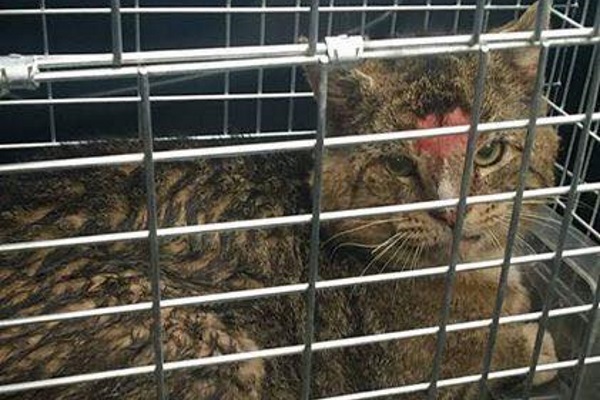